So You’ve Identified Your Bad Trading Habits. Now What?

By now, I sure hope you have enough trade journal entries to help you recognize recurring patterns in your trading behavior. If you’ve had the chance to review your past trades in your journal, you can probably pinpoint a few bad habits that hinder you from winning some of your trades.

And if you haven’t even started recording your trades in a journal, shame on you! Haven’t you read the section on the importance of trade journals in our awesome 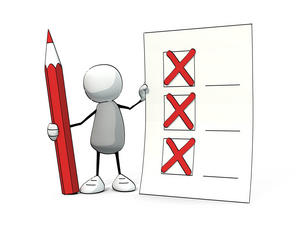 If your trade journal is chock-full of bad trading habits, don’t fret just yet. What looks and feels like a gazillion bad habits may just be one major problem that’s manifested in several different ways.

So before you start dealing with all those bad habits, try to find out whether there’s a common characteristic among those problematic patterns.

For instance, Newbie Ned browsed through his trade journal and identified three bad trading habits: he sets his stops too tight, closes his winning trades early, and he hesitates on taking valid trade setups.

But after a few rounds of Sudoku, he had a light bulb moment and realized that all three habits can be narrowed down to one main problem – his fear of losing. That’s three birds in one pip-busting stone!

Of course, it’s not enough that you identify your main obstacle in trading. You also have to act on it. So, where do we start? Here are a few suggestions:

A great way to start attacking your bad habits is to spot them as they are happening. For many traders, talking aloud helps.

For example, Newbie Ned notices that he’s worrying more about his unrealized losses rather than focusing on his trading framework and market behavior.

His usual reaction is to cut his losses even though price hasn’t reached his stop loss yet. But because he recognized that he was about to slip into his old habits, he can now choose to actively fight his impulses.

If you’re not used to talking aloud while trading (or you don’t want to creep out other coffee shop patrons), you can also journal your thoughts.

This might take a few minutes from your chart time, but writing down your thoughts and feelings will have the same effect of pushing you into a third person perspective as talking aloud. After all, it’s hard to miss alarm signals when you see that you’ve been writing “Price y u go down faaaaaaast?! I want out now!” on your journal.

Walk away when needed

Once you have identified the moments when a bad habit manifests itself, the next step is to actively try to cut it.

Some traders simply look away from their screens and take deep breaths when they’re experiencing trading deja vu, while others leave their trading desks altogether to do non-trading related activities for a while.

The plan of action is entirely up to you, of course. Heck, you can even play Starcraft or meditate if you want. Just know that tackling trading obstacles will always takes effort, but is definitely a small price to pay in becoming a consistently profitable trader.